So what does being vegan actually mean? Many people mistake not eating meat and being vegan as the same thing. Someone who is a vegan avoids all animal products. Yes, even clothes made of animal fur! But when did this all start? Good question. The term “veganism” was only officialised in 1944; however this concept goes all the way back to thousands of years ago! The core of this concept comes from ancient Indian and Eastern Mediterranean societies. Fun fact, vegetarianism which is similar to veganism was first mentioned by the famously known Greek philosopher and mathematician; Pythagoras of Samos. Aside from his mathematical theorem, Pythagoras also promoted peace between all species, including humans.

This concept was also common in ancient India, where the people strongly believed that animals should not experience pain, and that animal suffering is just as bad as human suffering. Over time veganism has become an important topic in the world, which is why today there are many vegan lifestyle alternatives available. 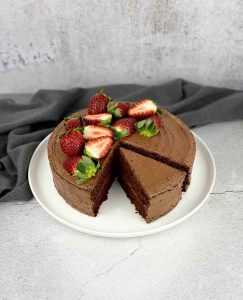 How to Make any Birthday Cake vegan

Although there are lots of vegan recipes for cakes on the internet, sometimes it is more convenient to alternate a recipe you already have. It almost sounds like fun to substitute ingredients in a recipe to make it vegan, however when doing this you need to be sure that you are substituting the right quantities. For example, you might have a vegan substitute for eggs in your cake, however not all ingredients have the same weight.

This basically means that just because 50g worth of eggs for example, you might not need the same amount of a substitute. Make sure that you look up the ratio of your ingredient to its substitute before using it. 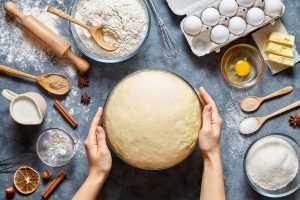 That being said, it is important to know your vegan substitutes. So here are some substitutes that will help make your birthday cake vegan.

These are just a few of many of the substitutes you can use in baking. Keep in mind that all ratios are different for ingredients. The ratio of each substitute needs to be researched separately for a good result. Some of these substitutes are also great for those who have dairy allergies!

There are a number of cake shops with vegan cakes in Adelaide, however Azidelicious is the only 100% natural cake and cupcake shop in all of Adelaide!

Tired of searching for vegan cakes? Well guess what? We’re here to make a delicious and natural vegan cake for you! Have a look at our lovely vegan cakes made specifically for our vegan friends. On top of that, many new vegan cakes will be introduced to our store soon! 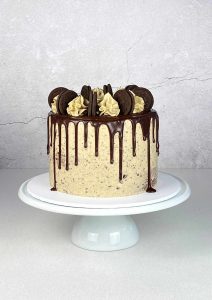 I hope that this article was useful and heled you on your journey to make a birthday cake vegan!

Newer How Long Does Birthday Cake Last In The Refrigerator?
Back to list
Older How to Write Happy Birthday on Cake Without Cream

Shopping cart
close
Sidebar
Start typing to see products you are looking for.